50% of the World is Below Average Intelligence

When I start losing faith in the human race, I remember something that was told to me by Jim Moran Sr. when I first started teaching. He told me that to keep things in perspective I should remember that by definition, 50% of the world is below average intelligence.

It’s hard to imagine that anyone in this country who has a TV and/or Internet connection doesn’t know about Megan Meier, the teen who committed suicide after being cyberbullied by an adult neighbor.

That being said, Elizabeth Thrasher, age 40, has either been living under a rock or had her common sense surgically removed at birth. She lives in the SAME COUNTY where the Megan Meier’s case made world-wide headlines and is now stands as the first person charged under that law that was created as a result of that case.

She is accused of posting the email address, cell phone number, and the picture of a 17 year-old with whom she was arguing on the Casual Encounters of Craigslist and suggesting the 17 year-old was looking for a sexual encounter.

This will be the first test of the new cyberbullying law and we will be hearing a lot more about it in the days and weeks to come. Regardless of the outcome, Elizabeth Thrashers will face the court of public opinion and suffer consequences there long before her formal court date.

I could go on for pages, but I’ll just let Forrest Gump say it for me. “Stupid is as stupid does!” Here's the story. http://tinyurl.com/pu23pe
Posted by Art at 7:25 PM No comments:

Glenn Beck is a Weasel!

I always thought that Glenn Beck was a nut, but now I have to add weasel to the description. Watch this video before reading the rest of this post. If the embedded video doesn't show, here's the direct link.

Let's start with this direct quote from the mouth of the weasel. (Emphasis mine) "I go in and say I'm turning in my clunker... The DEALER goes into cars.gov and THEY hit submit transaction."

How many of you caught the fact that he is on a page that can only be accessed by THE CAR DEALER. I went to the site and clicked on EVERY link there, but NEVER got to that page or that message, because consumers can't get there. As far as I can see, a dealer has to go to a page hidden from the public and login with a username and password. He appears to be on a page that the dealer submits when he is filing to get his money from the government and the message is keeping the used car dealer honest.

Does ANYONE have a problem with the government keeping tabs on used car dealers???

The consumer privacy policy that is posted at the site is standard fare and FAR LESS invasive than any social network or major commercial site. This kind of yellow journalism is problematic, to say the least. Lies and deception are the tactics of a weasel and to have a Fox news anchor there to add credibility to his lies is a sad commentary on the state of our news journalists.

All of his warnings about not going to the site were not because he was concerned with your computer or privacy, but because you would never get to see what he was showing! How do they sleep at night?
Posted by Art at 8:46 AM 2 comments:

Five Quarts of Jelly in a Two Quart Jar 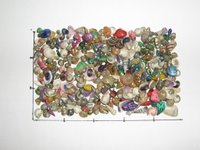 I'm doing workshops for third and fourth grade teachers on using iMovie in the classroom. It's part of a three day summer Loti Math Institute. I have a forty minute workshop each day in which I have to give them Flip cameras and teach them the basics of the Flip, iPhoto, and iMovie, and how to best integrate it, with the outcome of a math lesson that incorporates video.

Realistically, I have at the best, an hour and a half to accomplish everything. The good news is that the teachers have been previously trained in the Loti method and know that everything starts with curriculum.

I just finished day one and it looks like we are on track. We talked about how to use video as part of an overall plan to develop a skill set. Broke out the Flips, took a few videos and I showed them how we will bring them into iPhoto. That put us where I hoped we would be at the end of the first day.

Tomorrow we are going to try to make some simple video that can be used to engage the students and begin discussion. Their homework assignment is to go home and shoot some footage that they can use as a way of showing a connection between math and every day life.

They are a good group and I have high expectations. Not only do I expect that they will have simple lessons ready to go by the end of day three, I'm hoping we have time to share a few of them. Wish me luck.
Posted by Art at 1:59 PM No comments: