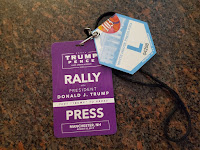 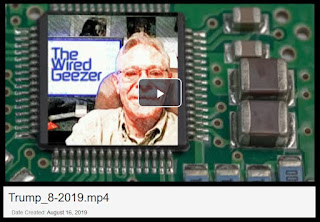 I was sitting at my computer checking email and watching news coverage of the mass shootings in El Paso and Dayton. Because I do own guns, I get plenty of mailings. Most are OK, but one came today that is a prime example of why I left the NRA and why we to have to remove loop holes and institute background checks and other measures to keep guns out of the hands of those who would abuse them.

Below is the ad word for word, except that I made a few word cross outs and substitutions to make a point that will become self evident. Imagine if your child was of age to get a drivers license...

First, if you act fast you can download the nation’s best Concealed Carry Permit Drivers License available today. It’s important you download it ASAP as anti-gun groups are trying to get rid of it. Fortunately, because of a legal loophole you can still download a certification for America’s top CCW gun permit Drivers License from this website. (And you don’t have to leave your house to do it).

It’s as simple as visiting this site and answering a few questions (they’re simple). Plus you can complete the entire certification process online. Download it directly to your phone or computer in as little as 30 minutes.

You don’t even need to own a gun have a car to get this permit. That’s why it’s been named America’s #1 Concealed Carry Permit Internet Driver's License. 31 states have agreed to accept this permit so far (it’s simply the closest and easiest path to a semi-nationally recognized permit that’s available right now).

This permit isn’t just a basic concealed carry permit driver's license either. It’s one of a kind… and is available to you No Matter what state you reside in. But there is one thing you need to know…

Since this loophole makes it so easy to get this permit, pro-gun-control sensible lawmakers are aggressively searching for ways to ban access to it. As such, you’ll need to download your online certificate today, especially since tomorrow this fast-track site could be shut down for good.

If you ever thought about getting a concealed carry permit online driver's license here is your chance to carry legally. If you think you know some “gun basics” "driving basics" click here and download the certification today.
Posted by Art at 5:24 PM 1 comment: