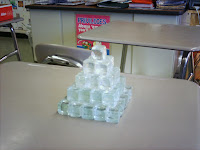 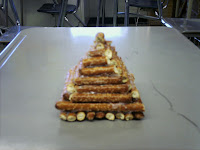 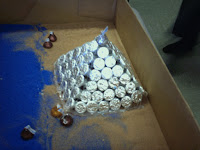 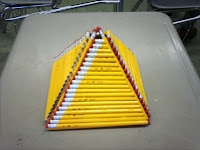 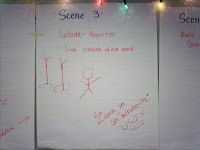 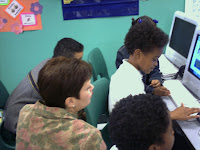 Digital gold!
Posted by Art at 5:35 PM No comments: 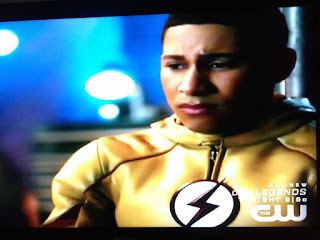 As a kid, growing up on the farm, Superman, Batman, Wonder Woman, Green Lantern, Aquaman, and The Flash, and other DC comic heroes were my companions. Along with my father and mother, they were role models who reinforced the values he instilled in us.

Comics and the life lessons within them were literally and figuratively in the classroom with me  throughout forty years of teaching and professional development until I retired in 2012, but In 2017, little has changed. I still enjoy comics in the form of movies and TV shows, and the lessons continue.

Today, during while watching the latest episode of Flash, in a single paragraph, the he put into words, something the every good teacher understands either intuitively, or as a result of great examples.  It's been something I've been trying to do through 25 years in the classroom and 15 years of professional development.  If said it in many different ways, but today, the Flash summed it up in a single, elegant paragraph that cuts to the heart of teaching and learning.

Flash and his protege, Kid Flash, were trying to work through problems in Kid Flash's training. Kid Flash had recently failed at an attempt to save someone, and lamented, "You're telling me everything that I need to learn. I'm just not getting it! I..."

Flash interrupted with, "No, that's not it.  I've been letting you coast by on your own raw talent, which you have a lot of, but teaching is a lot more than just doing something and expecting you to follow.  It's about inspiring you and empowering you to use your gifts to succeed on your own.  That's what I need to do.  That's what I'm going to do from now on, so that next time you are out there on your own, you will win."

What more needs to be said?

A Beloved Cat and Lawn Ornamentation

Much has been said about the movement to standardize ornamentation here at Sherwood Glen. As a member of the committee charged with examining the rules for ambiguity, I've given it a great deal of thought lately.

Enforcing clear rules should not be a problem.  I think the board was well meaning in their intent to scale back some infractions of the rules, but I see a number of reasons their effort has seen such a back lash.  They include the sudden cultural change demanded by the Board's action, the scope of the issues being address, the decision making process, and the method in which it was implemented.

I would like to address just the last item in this blog.  It reminds me of a joke about two brothers, Joe and Bill.  Joe had the opportunity to go on a trip to France, but he didn't want to leave his beloved cat in a kennel. He had raised him from a kitten. The two were inseparable and truth be told, the cat was as much of his family as his brother.

Bill offered to watch the cat.  While Joe was grateful, but knew Bill had never taken care of a cat.  He gave Bill a stack of papers that detailed everything in the cat's life. It was everything Joe needed to take care of Whiskers.  He left food, his favorite toys, blankets, and the phone number of the vet, just in case he needed advice or Whiskers got sick.

He headed to the airport, but the cat was on his mind.  He boarded the plane and worries filled his head. He loved that cat!  During the entire flight to France, he found himself consumed by thoughts of the cat, and the moment he landed he called Bill and said, "How's Whiskers?"

Bill replied, "The cat is dead."

First there was stunned silence and disbelief.  Then Joe dropped to his kneed and began to wail uncontrollably.  Finally, he began to scream and curse at his brother.  How could you do this? How could you let it happen?  Joe continued for many minutes, before he was calm enough to talk to Bill rationally.

Eventually they talked as brothers and Bill said he was really sorry about the cat and asked how he could have handled the call better.

Bill realized he was wrong and again apologized for his insensitivity. The apology was accepted and they talked about the trip and Joe's plans for the coming week. As Joe was getting ready to hang up, he asked, "Oh by the way, how's Mom doing."

The letter many of us found on our door, citing perceived violations, came out of the blue. It had the same impact as, "The cat is dead." It could have been done differently.

The board might want to check Whisker's history or called the vet for advice.  The minutes from the meetings of May 7, May 20, and June 5, 2014 detail the process an earlier board took when there were complaints about clearing of land and ornamentation around the pond. The issue was handled in a series of three meetings which included consultation with the Rockingham County Conservation District, a presentation, and public discussion.

The result was a set of guideline for the handling of the area around the pond.  They were developed and enforced through community consensus. A good start for the current Board's efforts would have been to revisit those guidelines, formalize them into the rules (something that probably should have been done in 2014), and to begin the process of getting the cat down off the roof, by addressing a this issue, and returning that area to the July 2014 state.

The old adage of slow and steady wins the race, also comes to mind.
Posted by Art at 8:40 AM No comments: