Here's a huge shout out to my son-in-law, Paul Kerstein, for taking the lead on making this Christmas special for Jill. It was a year and a half in the making. In early 2019, Paul and I were talking about my father-in-law, Jack Saylor, and his service in the submarine service during WWII. I didn't know much. 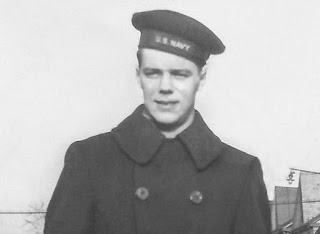 Jack died less than three years after we were married. He never talked about his service to his family and of course I never asked him in the short time I knew him. The only story he ever shared with Jill was one of sinking a Japanese transport and what transpired after it sunk. Suffice it to say, they didn't take prisoners on the high seas, and like so many others, the man who left for war was not the man who came home and never would be again. 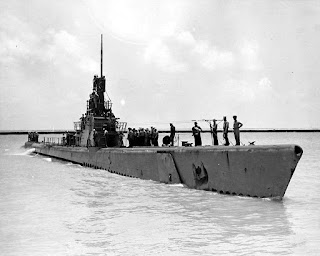 All I really knew was the name of the submarine he served on, the information on his service card, and a few other details I could find in the public record. As we talked, Paul mentioned a flag display he had made for his uncle. I had the flag from Jack's casket in the basement and the plan was hatched (no pun intended). We used to fly it regularly when we lived in NJ, but was stained and faded on one side. I had it professionally cleaned, but Paul had to fold it 7 different ways to display it at its best.

Awards can only be secured by a blood relative. It was obvious I couldn't get Jill to sign the documents without letting the cat out of the bag, but my daughter could. That's when Paul took the lead. With Ranyde's access as a relative, Paul was able to dig into military records and found out things neither Jill nor I had any inkling of. 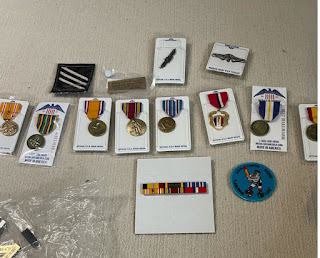 Jack rose to the rank of Seaman 1st class, and worked in the torpedo room of the USS Lapon in four campaigns from 1942-1945. The Lapon was one of 214 US submarines that sunk 1264 enemy ships. Only 35 sank more than the Lapon.

Text messages went back and forth over the months, mostly me answering questions, doing progress checks, and discussing the best display case and how to get it. The about a year went by waiting for the government to come through with the items you see on display.  The last items arrived about a week before Christmas! 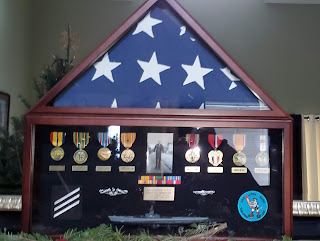 The display includes the Lapon patch, his stripes, and all the pins, ribbons and medals for which he qualified. The sub you see in the display box is a 1/350 EXACT replica of the Lapon, painstakingly and lovingly crafted by Paul.

When Paul sent me the last text with the picture of the final product, I told him Jill always said he was the best son-in-law in the world, but after this it would be the galaxy.